Not to be confused with Blind cave ogre.
A giant humanoid monster found stomping about in the evil plains. Their low howls can be heard long before they are seen. 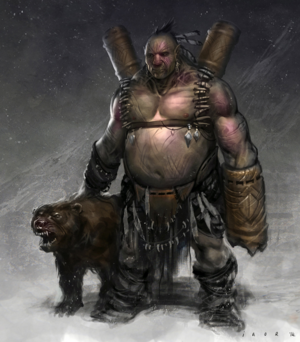 An ogre with a vicious friend.
Art by Igor Lazarevic

Ogres do, in fact, have layers, but as yet, have not been observed travelling with donkeys.